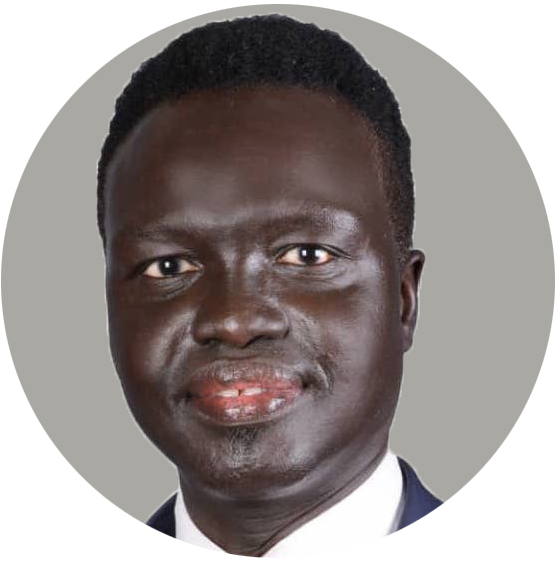 Deng is the Practice Director for ALP South Sudan. A seasoned legal researcher and consultant in South Sudan, he was previously a senior partner at Ajak & Associates, a leading law firm providing legal, advisory,research, business development and project management services in South Sudan. He also has a wealth of experience in Regulatory and Legislative drafting.

Deng is the acting President of the Federation of UNESCO Clubs, Centers and Associations in South Sudan. He has also worked as a journalist and was the Regional Bureau Chief in Bhar El Ghazal region for the Sudan Mirror Newspaper, correspondentand producer for the Sudan Radio Service(SRS) and Local Government in South Sudan.

Deng is Counsel to various Governmental and Non-Governmental agencies and is an extensive researcher previously carrying out extensive research work for the Inter-Governmental Authority on Draught (IGAD) – IGAD Security Sector Reform (ISP). His research includes, “The Need of National Assessment on South Sudan Disarmament and Reintegration/Security Sector Reforms” which findings were presented to, validated, adopted and owned by the Government of South Sudan in 2014.