On July 22, 2021, the Court of Appeal rendered judgment in the case of Biyinzika Enterprises Ltd& Others v Biyinzika Farmers Ltd & Another, Civil Appeal No. 18/2012and held that where the Articles of Association of a company do not restrict transfer of shares to non-Ugandan citizens, it is deemed a Foreign Company and cannot hold mailo land irrespective of the fact that Ugandan citizens have majority controlling interest. The Court further held that where such non-citizens own mailo land, that ownership is an illegality and a nullity.  This decision was premised on Article 237(2)(c) of the Constitution of Uganda, 1995 and section 40(7) of the Land Act, Cap 227 which provide for the definition of a non-citizen for purposes of ownership of land (Section 40(7)) and the land tenure that non-citizens can own (Article 237(2)). This land tenure is explicitly stated to be leasehold.

This Compliance Memo therefore seeks to propose the way forward for banks that have obtained a security interest on mailo or freehold land owned by companies deemed as Non-Citizen Companies.

B.  Land Ownership in Uganda

Article 237 of the Constitution provides that land in Uganda belongs to the citizens of Uganda and shall vest in them in accordance with the land tenure systems provided in the constitution. This is also provided for under section 2 of the Land Act.

Article 237(2)(c) of the Constitution provides that non-citizens may acquire leases in land in accordance with the laws prescribed by Parliament, and the laws so prescribed shall define a non-citizen for purposes of this paragraph. Section 40(4) of the Land Act provides that “subject to other provisions of this section, anon-citizen shall not acquire or hold mailo or freehold land”. In the case of a company, the company should satisfy the requirements of a citizen company under the Land Act, specifically under section 40(7).

Non-citizens can only acquire leases on land for a maximum period of 99 years until renewed under section40(3) of the Land Act.

C. Meaning of a Non-Citizen Company

Section 40(7) of the Land Act defines a Non-Citizen as:

(a) A person who is not a citizen of Uganda as defined by the Constitution and the Uganda Citizenship Act;

(c) In the case of bodies where shares are not applicable, where the body’s decision making lies with noncitizens;

(d) A company in which the shares are held in trust for noncitizens;

(e) A company incorporated in Uganda whose articles of association do not contain a provision restricting transfer or issue of shares to noncitizens.

Therefore, any company that falls within the ambit of (b) and (e) of section 40(7) is deemed to be a non-citizen company and thus cannot own mailo or freehold land. However, it is pertinent to note that in Biyinzika Enterprises Ltd case, Court held that the 1st respondent was a non-citizen company from the very beginning because its articles did not contain a provision restricting the transfer of shares to non-citizens and, under Article 237(1) of the Constitution and section 40(4) of the Land Act, it was immaterial the controlling interest was with Ugandans.

Where a non-citizen company purchased and registered a tenure other than lease-hold, in the Biyinzika Enterprises Ltd case, the Court held that such transaction was illegal hence null and void. Therefore, it followed that the 1st Respondent in the case could not recover the land which had been fraudulently sold because their purchase of such land was void ab initio.  It also follows that all other transactions whose strength/security is the illegal title, for instance, mortgages are void.

In Formula Feeds & 3 Others v KCB Bank Uganda Limited, CA No76/2016, the appellants entered a credit facility with the Respondent Bank secured with mailo titles registered in names on non-citizens who were Kenyan nationals. Upholding the judgment of the trial court, the Court of Appeal stated that:

"We agree with the finding of the trial Judge. The only challenge remains the mortgage which was illegal because the underlying Mailo land Titles are held in the names of non-Ugandans which is prohibited by the law. Such a non-Ugandan can only hold a lease under the said titles. So a lease not MAILO TITLE should have been issued to the first Appellant since it paid valuable consideration for land. This would avoid an absurdity in this transaction. This is clearly an error /illegality made at the time of registration. There can therefore be no enforcement under the mortgage as it stands ..."

The court added a recommendation of rectification of the certificates of title to cater for the Respondents ’interest in the said property.

However KCB Bank Uganda Limited filed HCEMA No. 390/2016 for execution of the decree in High Court (Commercial Division) in HCSS No. 289/2014 whereupon the said application was only allowed in part on condition that the 1st Respondent (KCB) disposes off only part of the suit land to realize the equivalent of UGX. 2,159,000,000/= and the Court further ordered that no execution should be made beyond the stated sum.

When the appeal of this decision failed in CA No 76/2016, KCB Bank relied on the High Court decision and, through a bailiff in an execution process, sold the said properties to the3rd Respondent (Southgate Properties (U) Limited) purportedly to fulfil a decree against the Applicants.

In a subsequent application—Formula Feeds Limited & Another v KCB Bank Uganda Limited & 2 Others, Civil Misc. App ln No 208/2020—the Applicants prayed for orders that 1st and 2nd Respondents’ purported sale of the 1st Applicant's lands to the 3rd Respondent was illegal and that the same ought to be set aside. The Court held that:

“It cannot therefore be argued that the Applicants lost the appeal and therefore execution by attaching the questioned suit land was lawful. Both parties to this case did not consider this important issue of illegality yet they all concede that the mortgages and debenture are unenforceable.

“The finding of the Court of Appeal shows that the Applicants in this case are indebted but the debt cannot be realized by attachment and sale of the illegally obtained securities which are the subject of this application … Both the High Court and the Appellate Court, found that the executed mortgages were null and void ab initio having accrued from an unlawful/illegal registration right from the certificates of title and could not therefore be the basis of a successful execution in the current state.”

The Court therefore held the registrar of court erred in law and in fact when he issued execution of attachment and sale of the securities whose registration was illegal and mortgages over them declared null.

Further, the Court gave orders that the execution of the decree was illegal and set it aside and made orders for rectification. The Court derived guidance from the judgment of the Court of Appeal which recommended the remedy of rectification of the certificates of title, and held that:

The 3rd Respondent is directed to deliver up all the certificates of title from the impugned sale to this Court for safe custody and submission to the Registrar of Titles to cancel the illegal registration of the 3rd Respondent's entry on the certificate of titles and Register Book and return the same to the Applicants for rectification as their current registration as Mailo Owners is illegal under the law.

(i) Revision of the bank’s security interests

Several companies have been non-compliant with the requirement to have a clause in their articles restricting transfer of shares to Non-Ugandans and in turn most of these companies own mailo and freehold titles illegally.

It is therefore upon the bank to conduct searches on the companies that they have entered credit facilities with to ensure that their titles are legally owned by confirming that the companies are indeed citizen companies within the meaning of section 40(7) of the Land Act.

Where the bank discovers that the titles are registered illegally on the basis of the companies being non-citizen companies, the bank’s remedy having obtained an equitable interest on illegally owned tenure, is to apply for rectification before the Commissioner Land Registration, to invoke the registrar’s power to call for the surrender of the company’s illegal interest and obtain a leasehold interest.

In Formula Feeds & 3 Others v KCB Bank Uganda Limited, CACA No0076/2016, the Court of Appeal, while maintaining the illegality and unenforceability of the mortgage because the Appellants owned a mailo interest and yet they were non-citizens, observed that though the mortgage could not be enforced because of the illegality, the remedy available to the Appellants was to invoke the special powers of the Commissioner Land Registration under section 91 of the Land Act and apply for the rectification of their title on grounds that it was issued in error and the rectification would be by way of obtaining a leasehold.

This recommendation was later effected in Formula Feeds Limited &Another v KCB Bank Uganda Limited & 2 Others (above), in which Court directed delivery of “the certificates of title from the impugned sale” to the Registrar of Titles to “cancel the illegal registration … [and]entry on the certificate of titles and Register Book and return the same to the Applicants for rectification” given their illegal registration as mailo owners.

In terms of who can apply for rectification, this is governed by the Registration of Titles Act, Cap 230. Section 156 of the Act provides:

Section 1(l) of the Act defines proprietor as:

Therefore, having an equitable interest on land by virtue of the mortgage entered on the certificate of title, a Bank is a proprietor within the meaning of the Act and can apply for the rectification of the titles.

The mortgagor, as the(original) owner of the land, can also apply for rectification.

Therefore, in order for banks to obtain legal interest in the land, they should apply to the Commissioner Land Registration for the rectification of illegally registered mailo or freehold titles under section91 of the Land Act to bring them inline with the constitution and land law as discussed in this memo.

In light of the foregoing, it is the ALP advisory that:

Any bank having a security interest on illegal mailoor freehold land tenures should apply for rectification under section 91 of the Land Act in order to rectify their illegal registration into leasehold and have their mortgage effected onto that new leasehold title. The illegality or otherwise of the bank’s interest can only be ascertained after the bank has carried out a thorough securities review. 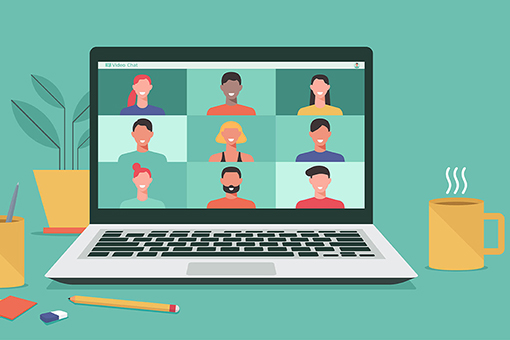